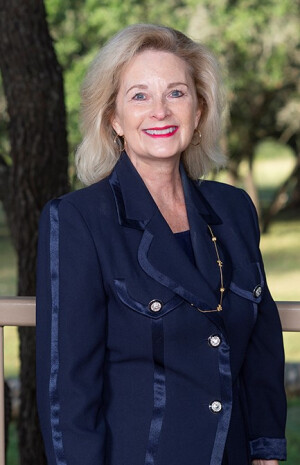 Tara Hargrove is a native of Louisiana and attended the University of Texas/Austin where she received her B.S. degree in Communications.   Following her undergraduate studies in Austin, as a Rotary Foundation Scholar, she attended the University of Wales, U.K., where she received post-graduate diploma in Journalism.  Tara then went to graduate school at the University of New Orleans and received an M.A. degree in Political Science/International Studies.  Prior to teaching, she worked in advertising/journalism in the private sector, and then worked in international trade for the US Department of Commerce in Washington, D.C., following graduate school.

It was when she became a mom that she began a career in education.  She has taught and worked in administration for a total of 28 years in private, Christian, and charter schools in Louisiana and Texas.  For the past 12 years, she has worked in the classical school settings in Dallas and Austin.

Tara has been married to her high school sweetheart for 37 years, and they have three grown boys who are working in the Corpus Christi and Austin metro areas.

She grew up in a small Louisiana town and was the daughter of a doctor and homemaker.  There's just something so precious about a small-town upbringing, being part of a church family since her youth, learning the virtues, and becoming a patriotic citizen in the greatest country in the world.  Now in their golden years, Tara and her husband are members of Trinity Anglican Church in Lago Vista where she sings in the choir, teaches Sunday School, assists with their Youth Group program, directs VBS, and serves on several church committees.

Mrs. Hargrove says, "As parents of Sterling students, you are giving your child the greatest gift possible-a classical education in a Christian setting, and learning alongside your child in a university-model school.  We have all of this at Sterling, and I'm proud to serve with our faculty and staff as we deliver this education to our families."